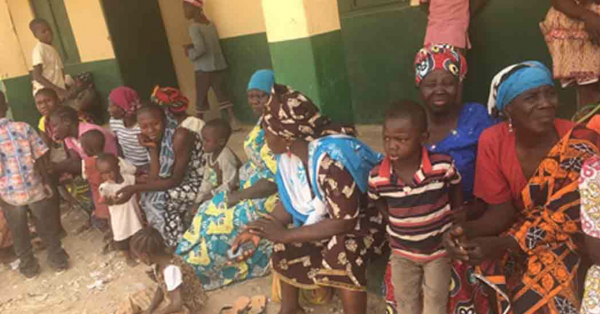 A total of 3,462 of Christians in Nigeria have perished in the hands of Muslim militants in the first half of 2021 alone, a new report on the current state of Christian persecution in the country reveals. Up to 300 Christian churches have also been threatened, attacked, or destroyed by Muslim extremists.

According to Christian Headlines, a new report by the International Society for Civil Liberties and Rule of Law (ISCLRL) details how 3,462 Christians have been killed by Muslim militants in the first half of this year alone, a concerning figure as in 2020, there had been 3,530 killed in total. International Christian Concern (ICC) called upon global leaders to heed the call of the concerning situation of Christian persecution in the country, saying that “Nigeria is the biggest killing ground of Christians today, but few are aware of it.”

The report from ISCLRL showed that the Fulani Herdsmen are responsible for most of the murders of persecuted Christians in Nigeria. The group is called the fourth deadliest terror group in the world by ICC and have claimed 1,909 of those deaths. The report said that Boko Haram, ISWAP and Muslim Fulani Bandits also murdered up to 1,063 Christians.

“Christian farming villages are repeatedly attacked in Nigeria’s Middle Belt region, and tens of thousands have died over the last 20 years. In addition, hundreds of thousands of Christians have lost everything and are living as refugees,” ICC said of the devastating Christian persecution happening in Nigeria today. They added that surviving victims and family members fail to receive assistance or protection from the local government.

The ISCLRL report said that it was “deeply saddening” that the Muslim militants who were responsible for the “anti-Christian butcheries” in Nigeria continue to “evade justice” and remain “unchecked, untracked, uninvestigated and untried; leading to impunity and repeat-atrocities.”

Former Secretary of State Mike Pompeo is sounding the alarm in the U.S. to help raise awareness of the persecution of Christians in Nigeria. Pompeo, who is now the senior counsel for global affairs for the American Center for Law and Justice, accused the Nigerian government of “[downplaying] the attacks, characterizing them as conflicts between herders and farmers rather than as religiously motivated acts of terror.”

Nigeria has the largest Christian population in all of Africa and yet they are continuously being persecuted by Muslim groups. According to Newsweek, over 100 farming communities in the Kaduna region of Nigeria have been displaced in the last five years by land-grabbing campaigns allegedly perpetrated by radical Fulani herdsmen. Boko Haram is also involved in the kidnapping of children and women in Nigeria.

Rev. John Joseph Hayab, secretary general of the Christian Association of Nigeria’s Kaduna chapter, expressed his anger and worry about the persecution of Christians in Nigeria, saying that “What’s more worrying is that those who are carrying out the attacks are not being arrested. This is religious persecution. We must call it that.”