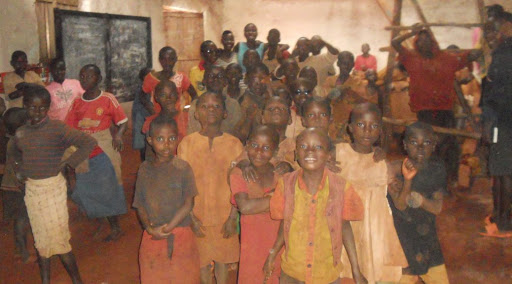 Freedom of religion is taken for granted in many Western lands. However, the religious persecution taking place in the African land of Burundi illustrates how fragile that freedom can be. Indeed, as long as the basic human rights of any group of people are trampled on, no one’s rights are secure. We therefore urge our readers to examine what is taking place in Burundi.

FEBRUARY 16, 1989, saw the shadow of the Dark Ages fall upon the African land of Burundi. On that date the president of the Republic of Burundi, Pierre Buyoya, held a meeting with the governors of the provinces. In the wake of that meeting, vicious, widespread religious persecution broke out against Jehovah’s Witnesses. Men, women, and even children soon became the victims of illegal arrests, beatings, torture, and starvation.

That such atrocities can take place in this day and age is in itself shameful. However, Burundi’s persecution of Christians is particularly odious. Why? Because it constitutes a betrayal of a promise of religious freedom.

Burundi is a remote African nation located just south of the equator, though this mountainous land enjoys a cool, pleasant climate. (See map.) Few persons around the globe were aware of Burundi’s existence until August 1988, when it captured world headlines. At that time a bloody dispute erupted between its two major ethnic groups, the Tutsi and the Hutu. This no doubt left a negative impression of Burundi on the minds of many.

Nevertheless, there are many good things to be said about this progressive land. Its people are industrious and hardworking. An article in The New York Times Magazine further observes that “in various ways obvious to a visitor, Burundi, poor as it is, works. Maurice Gervais, the resident representative of the World Bank, calls it ‘a very high-performing country.’”

Burundi’s religious situation, however, threatens this positive viewpoint. About 80 percent profess to be Christians, the majority Roman Catholic. Yet, political regimes there have set a disturbing pattern of religious intolerance. On October 16, 1985, The Christian Century reported: “Over the past year the Burundi government has mounted a series of actions aimed at undermining the church’s existence . . . The right to public and private worship and prayer has been drastically curtailed. All the churches of some denominations . . . have been closed and forbidden to function; . . . dozens of individual Christians have been imprisoned, some even tortured . . . all for exercising their right to religious practice.”

Hopes thus ran high when, in September 1987, a new government under the leadership of President Pierre Buyoya came to power in Burundi. The new president promised his nation religious liberty, and he quickly took steps to make good his word. A report by the U.S. Department of State says: “During his first year in office, President Buyoya made sweeping changes in Burundi’s policies toward organized religion, reversing the repression of religious expression under the [previous] regime. Buyoya freed all religious prisoners; reopened the closed churches; returned all confiscated church properties.” These enlightened actions won President Buyoya the esteem of freedom lovers the world over.

Why, then, were Jehovah’s Witnesses recently singled out as a target for religious oppression?

Over the decades, the Catholic Church “evolved into a powerful economic and political entity,” reports The New York Times. In the nation’s colonial days, the church was allowed “virtually to rule the country,” as it “played the main role in providing health care and education.” Little wonder, then, that the government may have felt threatened by organized religion.

However, when Jehovah’s Witnesses began their public evangelizing work in Burundi in 1963, they made no attempt to interfere with the affairs of State. Rather, they confined their work to preaching “this good news of the kingdom.” (Matthew 24:14) Since the Bible says that true Christians are to be “no part of the world,” Jehovah’s Witnesses stayed politically neutral, a stand taken by Witnesses the world over.​—John 17:16.

The Witnesses conscientiously refrained from joining political parties and shouting political party slogans. Governments have often misunderstood this neutral stand as being a lack of patriotism or even reflecting subversion. But such is not the case. Jehovah’s Witnesses throughout the world are known to be exemplary, law-abiding citizens. They take seriously the Bible’s command to “be in subjection” to secular governments. (Romans 13:1) Though refraining from saluting or in any way showing reverence for national symbols such as flags, they do not treat such emblems with disrespect.​—Exodus 20:4, 5.

In 1975 Jehovah’s Witnesses had requested legal recognition of their work. But in 1976 a military coup ousted the government and put President Jean-Baptiste Bagaza in power. He promised freedom of worship. Yet in March 1977, Jehovah’s Witnesses were officially banned! Jehovah’s Witnesses worldwide put forth effort to clarify the matter for members of the Bagaza government, but letters, visits to the embassies of Burundi in France and Belgium, and meetings with government officials in Burundi all proved fruitless. In 1987 some 80 Witnesses in Burundi​—men and women—​were thrown into prison for months. One Witness died there.

Then in 1987 a coup brought Major Pierre Buyoya to power. Catholics and Protestants soon benefited from his religious tolerance​—but not the Witnesses.

The Outbreak of Religious Persecution

Following a meeting of President Buyoya with the governors of the provinces on February 16, 1989, it was announced on the radio that one of the big problems that Burundi had to face up to was the expansion of Jehovah’s Witnesses. As if acting on cue, the governors of interior provinces initiated a wave of persecution. Although the details are still sketchy, the following reports give some idea of what is taking place there:

Province Gitega: Governor Yves Minani ordered that the police and the population be mobilized to arrest all of Jehovah’s Witnesses. Subsequently, agents of the security police broke into the home of Ntibatamabi Edmond, a special pioneer evangelizer, and arrested him. While in confinement, he was deprived of food. Many times he fainted from hunger. He was also subjected to torture in an attempt to make him confirm a rumor that Jehovah’s Witnesses eat human blood​—a vicious lie!

After Edmond’s arrest, Ntikarahera Aaron and Ntimpirangeza Prime, also Jehovah’s Witnesses, were arrested and placed in the prison in Gitega. They received similarly brutal treatment.

Nijimbere Charlotte, wife of a circuit overseer​—a traveling minister who visits a number of congregations—​learned of the plight of her Christian brothers. She tried to take food to the prison but was arrested on March 16, 1989, and held as hostage in an attempt by the authorities to lay hands on her husband.

Province Muramvya: Governor Antoine Baza sent a summons to all known Witnesses to meet with him and answer questions. On March 4 a group complied with that request. Though respectfully answering his questions, they refused to shout political party slogans.

In response the governor incited the local population to attack Jehovah’s Witnesses. On March 16 police entered the homes of known Witnesses and began beating men and women for refusing to shout party slogans. A shop owned by a Witness was seized and closed down​—depriving the family of its livelihood.

On March 17 four women were beaten because they refused to deny their faith. They were put in a prison cell lacking ventilation, even though one of them was the mother of a 20-day-old baby.

On March 20 a mob equipped with sticks and torches broke into the homes of some Witness women, who were beaten and chased away from their homes. Among those assaulted were a 75-year-old woman who was studying the Bible with Jehovah’s Witnesses and a number of youngsters under 14 years of age!

Pierre Kibina-Kanwa, the school director of the primary school Nyabihanga, tried to force Witness schoolchildren to salute the nation’s flag. Unable to do so, he expelled them. Twenty-two Witnesses from that town were forced to flee, leaving behind everything they owned. Among those arrested were Ndayisenga Leonidas, Kanyambo Leanard, Ntahorwamamiye Abednego, Bankangumurindi P., Kashi Grégoire, and Mbonihankuye Thadée.

Province Bujumbura: The administrator of commune Muhuta, Nahimana Macaire, summoned Kavunzo Vincent, Ndabazaniye Sylvestre, and Ndizwe-Nzaniye​—all Witnesses—​to a meeting. There he accused them of being implicated in an August 1988 ethnic clash. Although Jehovah’s Witnesses were clearly not involved, beatings and arrests followed.

Province Bubanza: Two Witnesses were arrested simply for possessing Bible literature. When they refused to give the party salute, Governor Kimbusa Balthazar had them sent to a military camp. There they were tortured by having their fingers smashed.

What You Can Do

Most of these abuses have taken place in the interior, away from the eyes of foreign observers. However, over 13 million copies of this article will be distributed the world over in 105 languages. Burundi’s atrocities will no longer be secret. Freedom-loving people will be appalled that such flagrant violations of human rights are taking place​—rights for which thousands of Africans have struggled.

Burundi thus risks much in failing to keep its promise of religious freedom. It risks damaging the reputation it has worked so hard to establish, that of a progressive, hardworking nation. Does Burundi want the onus of being viewed as a nation of fanatical religious persecutors? We think not. We can only assume that President Buyoya has been badly misinformed, misled by his advisers.

The charges made against Jehovah’s Witnesses are absurd lies designed to inflame irrational passions. Jehovah’s Witnesses are no threat to the security of the government of Burundi or any other nation. They are peaceful and law-abiding, respectful of national emblems. Contrary to rumor, they absolutely refuse to ingest blood in any form​—even when their lives are at risk.​—Acts 15:28, 29.

True Christians throughout the world will therefore unitedly pray on behalf of their brothers in Burundi. (1 Timothy 2:1, 2) Many readers will also be moved to write directly to President Pierre Buyoya, respectfully making an appeal that the religious persecution be halted and that Jehovah’s Witnesses receive official recognition as an established religion. Burundi must respond to reason if it is to redeem itself in the eyes of the world.

President of the Republic of Burundi