It seemed like any Sunday for 80-year-old Pastor Pierre OuIt who spent the last 40 years of his life serving his church and community in northern Burkina Faso.

But shortly after the service, an ordinary Sunday suddenly turned deadly when a dozen men on motorcycles stormed the church yard. They demanded the pastor and the five other congregants with him convert to Islam. When all of them refused, they were executed for their faith.

A local leader who wished to remain anonymous told World Watch Monitor that the attackers gathered Pastor Pierre and the five other congregants under a tree and then confiscated their Bibles and cell phones.

“Then they called them, one after the other, behind the church building where they shot them dead,” the leader said.

In the weeks following, Burkina Faso has seen two more attacks targeting Christians. Our field tells us Christians are in hiding, and schools and churches are closed with thousands of believers fleeing to the south.

In the West African country and all of sub-Saharan Africa, Christians are being held, feet to the flames, and told to deny Christ. Throughout the world’s second-largest continent—including 1.2 billion people, thousands of ethnic groups and 54 internationally recognized countries—our field continues to report persecution incidents. Out of the 50 countries ranked on the 2019 World Watch List, 14 (almost a third) lie in sub-Saharan Africa.

In West Africa, East Africa, North Africa and Central Africa, each day fresh reports surface, bringing news of attacks by Islamic extremist groups and how governments are becoming increasingly hostile toward believers. Dictators and authoritarian regimes treat Jesus like competition, trying to stamp out any with an allegiance to anyone besides the government. Christians are being threatened by their families, cast out by their communities and killed by their leaders.

Below, we offer snapshots of each region to share what’s happening in these specific areas—and the flames of persecution our brothers and sisters are walking through right now.

In Nigeria’s Middle Belt, Fulani militant herdsmen pose what some have called an even greater threat than the Islamic extremist group Boko Haram.Muslim militant herdsmen continue to target Christian villages—raiding communities, kidnapping and raping women and children and killing the men.

The video below explains what’s happening to Christian villages throughout northern Nigeria:

In addition to militant Fulani herdsmen, attacks by Boko Haram and splinter sects (some of which have pledged allegiance to Islamic State) have increased since last year at this time—proving that despite the claims of Nigeria’s leaders, Boko Haram is not defeated and is still a very powerful source, using both armed assaults and suicide bombers and targeting both Christians and Muslims.

Since Nigeria President Muhammad Buhari’s public declaration of defeat in early 2018, more than, 1,300 people have died at the hands of Boko Haram. Most recently, they killed 25 Christians in a door-to-door murder spree.

And while their presence is certainly known in Nigeria, the group that was founded in 2002 has also expanded into neighboring countries. They have conducted terrorist attacks in Niger, Chad and Cameroon, which have resulted in dramatic refugee and humanitarian crises. They are even regarded as “slave raiders” who target women in raids for “wives” in the areas around Lake Chad, which borders Chad, Niger, Cameroon and Nigeria.

While Islamic State has lost its foothold in Iraq and Syria, fighters have dispersed to a larger number of countries not only in the Middle East region, but, increasingly, into sub-Saharan Africa. Their radical ideology has inspired, or infiltrated, numerous splinter groups such as Islamic State West Africa Province (ISWAP), a deadly group that broke away from Nigeria’s Boko Haram and is responsible for numerous kidnappings of aid workers and 16-year-old Leah Sharibu.

And in places like Mauritania where Sharia law is enforced, the state is the main driver. Here, citizenship is limited to Muslims, and converting from Islam is punishable by death. Anti-blasphemy laws are also in play.

No Religious Freedom in East Africa

In East Africa and the Horn of Africa peninsula, terrorist groups like al-Shabaab are attacking Christians, and dictatorships continue to make moves to intentionally destroy religious freedom.

In Eritrea in the Horn of Africa, the dictatorship targets Christians for “detention” and imprisonment. In the last week, Open Doors learned that 141 Christians, including children, were arrested in the country’s capital city of Asmara. Police rounded up 104 adult females, 23 men and 14 minors.

In this country known as the “North Korea of Africa,” those who believe in Jesus are considered a threat to the state. According to one religious liberty report, Eritrean President Isaias Afewerki was said to “fear Christian evangelism because it could destabilize and disunify the country.” The country is consistently in the top 10 on Open Doors’ World Watch List; this year it ranks at No. 7.

And in East African countries with tribal societies like Somalia (No. 3 on the World Watch List) and Ethiopia (No. 28), persecution against Christians comes from family members and the community. Inside Somalia is a patchwork of competing clans, containing clan-based militias and religious groups that pursue a strong Islamic identity—against a background of a strong tribal identity.

Estimates suggest that 99 percent of Somalis are Muslims, and any minority religions are heavily persecuted. The Christian community is tiny and under constant threat of attack. Sharia law and Islam are enshrined in the country’s constitution, and Christian persecution almost always involves violence. Additionally, in many rural areas, Islamic terrorist groups like al-Shabab are de facto rulers advocating for Sharia law as the basis for regulating all aspects of life in Somalia.

The country is so dangerous we can’t share any specific examples of our Somali brothers and sisters and how they are suffering.

In Ethiopia, churches are increasingly targeted. In February, Open Doors reported a string of attacks on 13 churches that injured 26 Christians. A mob carrying sticks, stones and fuel moved from church to church in the Southern Ethiopia town of Alaba, destroying buildings and belongings.

Witnesses to the attacks said they could hear the crowd shouting things like, “Alahu Akubar (“Alah is greater”) and “Alaba belongs to Islam.”

And 723 miles from Ethiopia in Kenya, al-Shabaab recently claimed responsibility for the Jan. 17, 2019, attack in Nairobi in which men armed with guns and explosives, killing at least 21 people in an attack that lasted hours and ended Wednesday morning.

These and other attacks seem to be a new tactic, an Open Doors spokesperson noted, “to instill fear in the Christian community and get them to flee en masse.”

Some Christians in Eritrea meet in secret since the government passed a law shutting down many churches.

In Central Africa, intra-country conflicts continue to destabilize governments in these countries and as a result, extremist groups are increasing their power and using it to violently oppress Christians.

In Rwanda, the country has closed thousands of churches and has arrested at least six pastors since February 2018 for “noise pollution” and failing to comply with building regulations. In the Democratic Republic of the Congo’s eastern province of North Kivu, leaders of the church have been targeted and killed. Reportedly, at least 15 armed extremist groups were known to be operating in the area.

Over the last year, the situation has worsened for Christians in the Central African Republic (CAR). Christians face intensifying pressure from Muslim extremists and are also threatened by jihadists and criminal groups whose actions often overlap. And Christian civilians are still caught in the violent conflict between the mainly Muslim Seleka militia that has divided into several factions and self-defense militant groups called anti-Balaka that have effectively turned into criminal gangs. Both groups regularly attack churches and believers’ homes.

The deadly conflict has wreaked havoc on the church in CAR with churches and pastors becoming the main target of Christian persecution attacks. Church buildings of Christian leaders who have denounced the violence have been burned and ransacked. The conflict has resulted in the displacement of thousands of Christians who have lost their homes and livelihood—often forced to live in internal displacement camps.

In North Africa, Islamic oppression by both the state and tribal communities continues to pressure Christian converts. In Algeria, for example, Islam is the state religion; blasphemy laws, discrimination the closing of churches put believers at risk.

These measures, an Open Doors spokesperson explains, “make evangelism and public expression of the Christian faith dangerous as well.”

For believers in this part of the world, most everyone around them is Muslim. That’s why in Algeria, Egypt, Libya, Sudan and Tunisia (all are on the 2019 World Watch List), Christians with Muslim backgrounds often face enormous pressure from immediate and extended families to renounce their faith and return to Islam. And severe restrictions on building or securing places for worship often prevent Christians from congregating,

in addition to hostility and violence toward believers who do gather, Christians, especially women, face discrimination in their workplaces and public spaces. And in recent years, Islamic extremist groups have targeted Christians and churches both individually and en masse in numerous violent and deadly acts of persecution.

Specifically, in Egypt, the Islamic State has publicly vowed to wage war on Christians. In early November 2018, Islamic State militants attacked a bus carrying Coptic Christians from a monastery in Minya, killing eight and injuring more than 13 people. And churches are consistently targets of both Islamic State and Muslim extremists. At Easter, a tent intended for a worship service was burned down in minutes.

On Fire for Jesus in Sub-Saharan Africa

In West Africa, East Africa, Central Africa and North Africa, our Christian family is feeling the pressure of living in the constant fire of persecution. But they are also standing up for their faith, despite the cost.

Even as persecuted believers in Sub-Saharan Africa feel the pressure of living in the constant and often raging flames of persecution, they are standing up with each other and for each other—on fire for Jesus.

As our global Christian family goes through the fire, they are walking in faith.

So the question for the church in America becomes: What wouldn’t you do to help your family? Because they are part of our family.

As you begin to understand more about the lives of persecuted believers and the risks they take to turn to Jesus and abide in Him, we hope you’ll commit to praying with our spiritual family members in Africa and around the world. We can help our global family stand strong in the fire, and remain on fire for Jesus.

Let’s remind our brothers and sisters in Africa they’re not alone in the fire.

Open Doors is going to where the needs are, where Christ followers are risking all they have to follow Jesus. From North Africa to North Korea, from China to Colombia, from Iraq to CAR, Christians are being persecuted, and Open Doors is there, serving on the ground, to help believers stand strong in their faith. What that looks will vary on the contextual needs of the local church, but Open Doors exists to serve the people of God, wherever they are, in whatever ways they need, including:

Weeping Cross Inc has a critical mission to provide refuge for those communities around the globe under persecution due to their religion or religious belief. 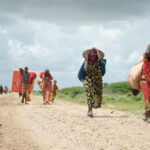 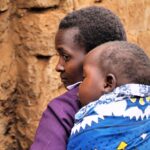 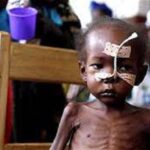 Pakistani Christians caught between Islam and the West
0 Comment 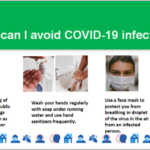 WHAT YOU NEED TO KNOW ABOUT COVID-19 (Coronavirus)
0 Comment 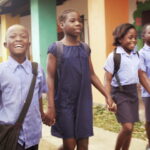