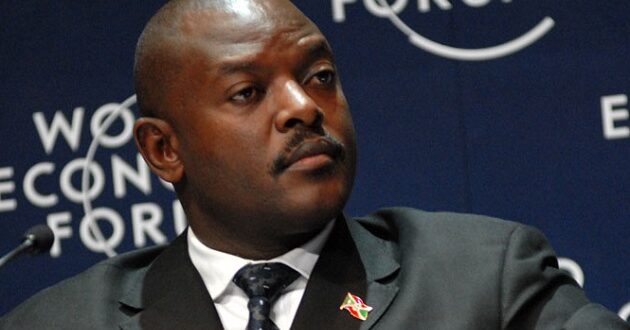 Burundi is the latest setting that shows how one can become eternally ingrained in power.

Nkurunziza came to power in 2005 and won the following two elections, obtaining legal protections to govern until 2015. In the same year he announced his intention to stand for a third election – which is against the law. The decision unleashed a wave of protests that did not, however, prevent him from standing for a third term and winning the victory.

On the 17th May this year, Burundi held a referendum to introduce three changes to the constitution: to extend the presidential mandate from 5 to 7 years; to make a single post of Vice President (there are currently two); and to restore the position of Prime Minister. “As a political exercise, the referendum is out-of-step because our context has changed a lot since 2005 (the year the current constitution dates from). The timing of it being called was not appropriate because many of the constitutional changes are for mere political survival. It would have been better to call a referendum without there being a situational crisis and with a constructive debate. The ruling party has called it now not out of national interest, but rather to maintain their position”, explains Oscar Nduwarugira, general secretary of the Christian Unions of Burundi (a part of IFES), who has insisted that he speaks of his own accord.

“At the same time, the opposition has protested against the referendum, but only as a simple political spectacle. What many media outlets do not say is that those who cried out in defence of the Arusha Accords in 2005 (that were drawn up after the Civil War and served as a draft for the current constitution) are the same ones who protested against its signing”, he remarks.

The result of the referendum was 73% in favor of reforming the constitution, and 19% against. “The police and Imbonerakure youth of the CNDD-FDD have created a climate of fear and intimidation against the opposition. Unfortunately this process has meant that mediation has all but disappeared before the call of the international community for an inclusive dialogue within the country”, says Armel Niyongere, head of the Association for the Abolition of Torture in Burundi (ACAT). In fact, according to reports from Human Rights Watch, at least 15 people have been assassinated during the campaign.

The reform of the constitution would allow Nkurunziza to remain in power until 2034, given that his current term would run until 2020 and he could then stand for the next two elections – legislative terms now lasting seven years. Furthermore, he could stand again in the elections of 2041, once that government’s term was over. But despite being able to count on the new legal framework, Nkurunziza has announced that he does not intend to stand for election in 2020.

“I believe he will try it, but he won’t manage it”, says Emmanuel, a source who wishes to remain anonymous for reasons of security. “For me it isn’t about one person, but rather a political system. If anyone comes to this country, they will not see the tension or the crisis because all of that has happened before. We are a people that adapt to any situation. We are here and the cycles of history are repeated. Now we are facing the consequences of past cycles. The problem is that I see people who are tired and want changes to be made quickly. But there would be better alternatives if we looked towards a more long-term future. My fear is that a reaction to this present situation would just result in another cycle of the same nature”, he adds. 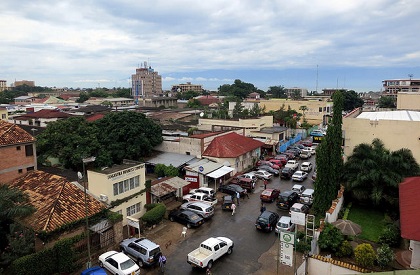 “We are seeing how those that were privileged under the former government are giving up their places to a new generation of privileged people under the current government”, argues Nduwarugira. He states that there are some foreign investments focussed on creating industry and extracting minerals, but at the same time Western financial support has been reduced, so provoking an increase in taxes, and causing “a big impact on a population with few resources”.

According to the Joshua Project, around 93% of the Burundi population is Christian, of which around 27% are Evangelical, among whom is supposedly President Nkurunziza.

“The majority are nominal Christians”, says Nduwarugira. “With the impact of modernisation, Christianity was introduced as a way of ‘civilising’ the country and opposing Burundi traditions, which is why many people have decided to live a double life posing outwardly as Christians, but maintaining their traditions internally. Lately”, he adds, “there has been a proliferation of churches with all kinds of un-Biblical teaching due to the lack of qualified schools that can train ministers”.

Emmanuel, also a believer, confirms this: “the Church in Burundi is not founded on doctrine. In fact, churches are not responding to needs, even though they are involved. The people in the churches are Burundian first and Christian second. The voice of the churches is confusing people more than responding to them”, he says.

“Christianity in Burundi”, states Nduwarugira, “is more a part of the problem than the solution”.

THE ROLE OF CHURCHES IN THIS SITUATION

The Conference of Catholic Churches of Burundi (CECAB) has issued public statements against the decisions of Nkurunziza and his government. “The Catholic Church of Burundi has played an important role in repelling the government and backing the respect for people’s rights and participation in an inclusive dialogue to find a solution to the crisis”, states Niyongere. For Nduwarugira on the other hand, “Catholics do not live as serious Christians. Of course, as a block they have positioned themselves against the government, but there are a great number of priests who continue to support Nkurunziza”.

For their part, evangelical churches have taken different positions towards the country’s situation. “In 2015 a situation was created in which there were churches close to the opposition and others that kept up their support for the government. There is also a third group: those who have decided to remain silent”, says Nduwarugira, who considers it unlikely that churches will raise their voice “with a President and a governing party that proclaim to put God above all things, thus also managing to control the churches and limit an uprising by leaders of communities”.

“There is a big question over the relationship between churches and the State. That is why I ask for prayer, so that the people of God do not get involved with the government’s affairs. I pray also that Christians would be more deeply rooted in God and could speak about him with relevance. It is not easy to follow the precepts of God in a situation where there is so much corruption”, says Emmanuel.

“Those who see Nkurunziza as an eternal leader do not understand what is happening in the country and on the continent. If Nkurunziza were the problem, the solution would therefore be to throw him out of government; but even if he left, our problem would remain. He is very popular in the country and it is going to be very difficult to defeat him in any elections over the next ten years, but if he rules, it is because the system allows it. It is frequently the case in Africa for Presidents to be the spokespersons of a system really controlled by Generals. This is how the West has defined it and we still need many years to bring about change”, says Nduwarugira, who does not believe that Nkurunziza can be an “eternal leader” while geopolitical tensions between the Eastern and Western Blocs endure.

As he explains, the President of Burundi has turned his back on the West to ally himself with Russia and China. “The history of Africa shows that this position has cost the lives of many leaders through assassination. The West has not surrendered, and Russia and China do not defend him because they want him in power”, he reiterates, “but rather because he defends their interests”.

It is in this sense that Nduwarugira hopes that Nkurunziza will refuse to stand in the next elections in 2020 because otherwise, he says, “genocide, a coup d’état or an even more destructive civil war would be hanging over Burundi”.