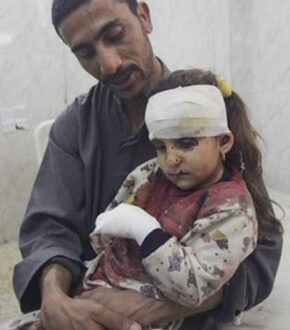 This list of terrorist attacks committed by Muslims since September 11th, 2001 is incomplete because not all such attacks are picked up by prominent news sources.

These are not incidents of ordinary crime involving perpetrators who happen to be Muslim.  This is deadly violence that is reasonably determined to have been committed out of religious duty – as interpreted by the terrorist.  Islam needs to be a motive, but not necessarily the only factor.

For example, the Munich mall shooting in July, 2016 was by a Muslim, but it is not on the list, because it was not inspired by a sense of religious duty.

Usually, only those attacks resulting in loss of life are listed, although there are exceptions.  In many cases, deaths are undercounted because they occurred later, despite the best efforts of medical personnel to keep the victims alive.

Attacks on local police and security personnel are often counted, but usually not those related to combat, such as is occuring in Syria.  Occassionally, an attack is counted when it involves particularly heinous terror tactics, such as a suicide bombing or on troops sleeping in barracks or providing medical care to the local population.  (The BBC study apparently did not differentiate).

Admittedly, a handful of incidents on the list may not fit the traditional definition of ‘terror attack.’  A tiny portion, for example, are of honor killings – although this is usually not counted when the woman is killed by her husband, since this could also be a crime of passion.  TROP’s position on honor killings is that the stabbing, shooting or strangling of a woman over “unIslamic” behavior qualifies as Islamic terror.

The sidebar counter reflects most of the deadly attacks on the list.  This figure may be more or less than the number of line items.  Multiple incidents are sometimes grouped into the same record.  Also, honor killings and attacks that result in no loss of life are not included in the counter even if they appear on the list.

Unfortunately, this list of Muslim terror attacks barely scratches the surface of atrocities committed in the name of Islam world-wide each day.  For that reason, TROP does not tally the dead and dismembered, except on a weekly and monthly basis.

Armchair critics may try to minimize the problem by contrasting the number of casualties to other statistics.  This is an unfair comparison since it does not account for the staggering amount of global resources devoted to containing Islamic terror.  That so many civilians are killed despite the sacrifice of security personnel underscores both the threat and its uniqueness, since other religions do not merit this attention.

The incidents are collected each day from public news sources.  There is no rumor or word-of-mouth involved.  Although every attempt is made to be accurate and consistent, TROP is not making the claim that this is a scientific product.

Unlike the Council on American-Islamic Relations (CAIR), which publishes a tally of alleged “hate crimes” each year without supporting data, TROP provides detail of each incident that is claimed as a terror attack and makes it available for verification.

The point of this list is not to convince anyone that they are in mortal danger or that Muslims are innately dangerous people (they are not, of course).  Rather, it is to point out that Islam is different.  No other religion inspires the sort of terrorism that the “Religion of Peace” produces.  It should be acceptable to question and critique the teachings, particularly those supremacist in nature.

The editor also hopes that this list offers moral perspective against so-called “Islamophobia” and other complaints from Muslim identity groups that are petty by comparison.  Who knows – perhaps one day these groups will decide to take the sort of action expected of those who truly believe that it is wrong to kill in the name of religion.